Nine hundred years on – the Order of Malta in Britain celebrates an important mission, vibrant then, vibrant today 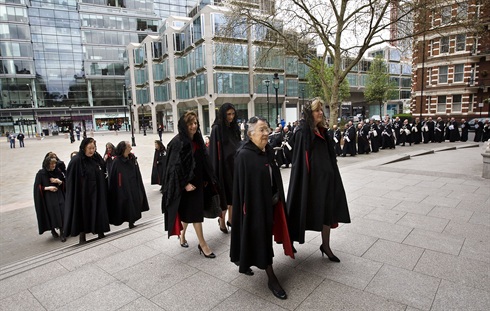 In the February of 1113, an important document was released to the knights working in the hospital of St John in Jerusalem. The Papal Bull of Paschal II recognised them as an independent religious order with a mission to care for the poor and the sick. This significant document is still preserved in the National Library of Malta in Valletta.

To mark the historic occasion, some several hundred members of the Order of Malta in Britain, including representatives of the Order’s senior government in Rome, the Presidents of the national Associations of the Order from Ireland, France, Germany and the Lebanon, as well as the United Kingdom, the Grand Prior of England, and many guests, volunteers and friends joined His Grace Archbishop Vincent Nichols in his celebration of solemn Mass in Westminster Cathedral.

The Order in the world

His Grace, in greeting all in his homily, noted that the Order was commemorating an anniversary of nine hundred years – an anniversary no other religious charitable organisation can lay claim to. He referred to the Order’s works, which continue around the world today – with projects in 120 countries, hospitals, hospices, dispensaries, clinics, programmes to aid refugees, street children, addicts, the handicapped, the elderly. And he emphasised in particular the work and the infectious energy of the young members and volunteers here in Britain. 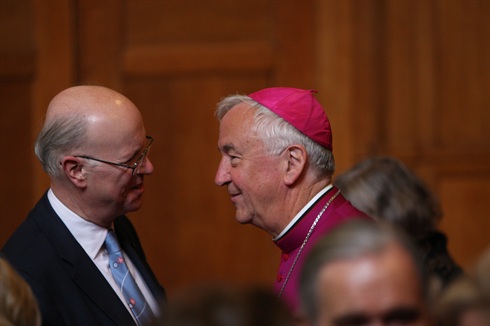 The President of the British Association, Richard Fitzalan Howard, thanked the Archbishop for his words of welcome and encouragement and pledged that the Order in Britain would continue to build on its projects to help those in most need. These include homes for the elderly, pilgrimages, a Dial-a-Journey project in Scotland, and soup kitchens in various cities; the eight regional groups of the Companions of the Order organise volunteering of their members to support these activities. The event concluded with a reception in the Cathedral Hall.