Action for Syria: “Stop. Look at us!” 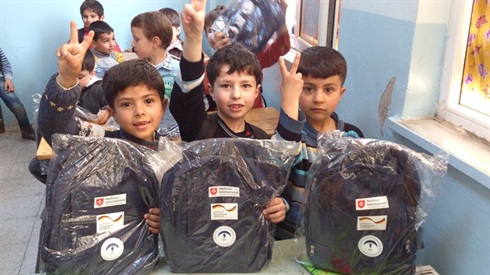 A third of the Syrian population needs aid. Since the start of 2013, the number of Syrian refugees has risen from 475,000 to more than 1.5 million. Malteser International, the Order of Malta’s humanitarian relief agency, has been active in Syria, Turkey and Lebanon since August 2012, providing emergency aid for over 30,000. Until the end of June, the organisation’s local partners will continue to distribute food packages and baby food inside Syria and in the border regions.

On Thursday, 16 May, Malteser International’s website went dark, in solidarity with the Syrian people. 28 German-based international organisations united to call attention to the plight of Syrian refugees and the large-scale humanitarian tragedy taking place in the region. The campaign’s message: to raise the public’s awareness of the suffering caused by the Syrian crisis and prompt a stronger commitment from political actors and civil society in calling for an end to the violence. The online campaign also ran in social media channels such as Facebook and Twitter, strongly supported by friends and supporters.

A project currently in the pipeline: Malteser International is setting up a temporary field hospital in Kilis, on the Turkish-Syrian border, to alleviate the burden on the Turkish healthcare system. The hospital will be operated by Syrian and Turkish medical personnel, who will be guided and trained by Malteser International staff. In the long term, the medical unit will be brought over the border and operate directly in Syria. The project also aims to build the capacity of Syrian civil society groups in Turkey 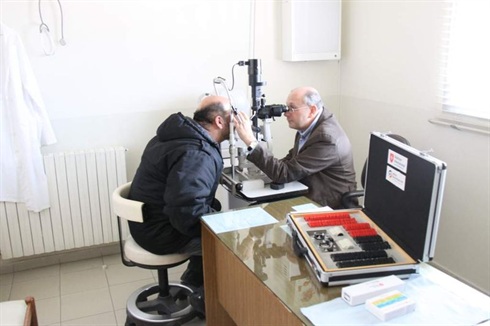 Checklist of emergency aid for 37,000 Syrians:

Malteser International is the worldwide relief agency of the Sovereign Order of Malta for humanitarian aid. The organisation provides aid in about 100 projects in more than 20 countries without distinction of religion, race or political persuasion. Christian values and the humanitarian principles of impartiality and independence are the foundation of its work. For more information: www.malteser-international.org and www.orderofmalta.int.