Meeting in the Vatican on the feast of St. John Baptist 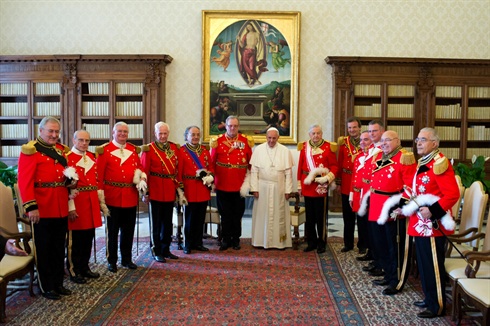 Pope Francis and senior members of the Order’s government

The economic and financial crisis and the humanitarian emergencies linked to ongoing conflicts, starting with the disturbing situation in Syria, were the main topics of the meeting with the Pope. The Grand Master discussed the Order of Malta’s multiple humanitarian activities in assisting local populations fleeing from violence. Among other topics were the Order of Malta’s activities in the Middle East and in Africa as well as its commitment in South America to help the disadvantaged.

The meeting between the two Heads of State took place, as is the tradition, on the feastday of the Sovereign Order of Malta’s patron saint, St. John Baptist, celebrated every 24 June. 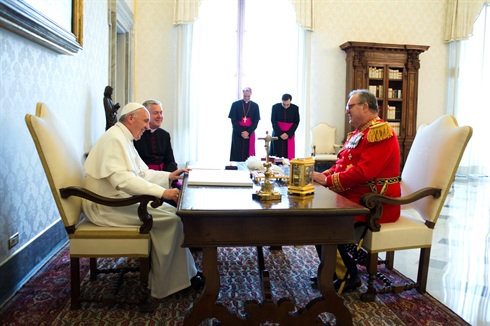