As the evenings darken, the food line gets longer

A soup kitchen, joint project of Order members, Order of Malta Volunteers, and Companions of the Order of Malta has launched in Lincoln’s Inn Fields. Since 3 June, each Monday the team has met up in late afternoon to set out to collect food donations – unsold sandwiches, salads and desserts. 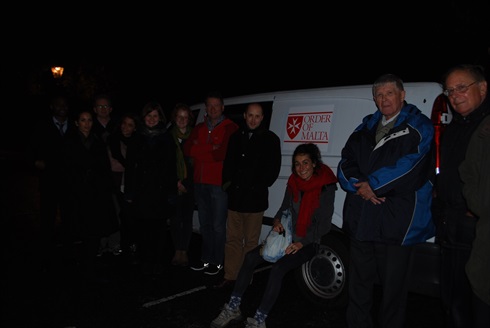 By early evening, the van rolls up and the waiting volunteers get ready to help, distributing food, fruit, chocolate bars and bottled water to all comers. As the evenings darken, the food line gets longer.

If there is any food left over, as the homeless slip back into the shadows, the food is taken to hostels for the homeless in Vauxhall.