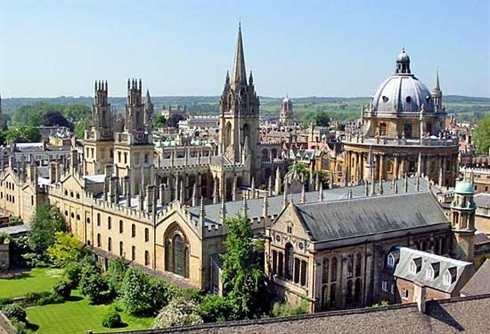 It was standing room only last evening in the Oxford University Catholic Chaplaincy to hear Grand Master Fra’ Matthew Festing talk to students about the work of the Order of Malta around the world and the humanitarian problems the Order is engaged in tackling. He illustrated his talk with a series of photographs showing a wide range of the Order’s ‘on the ground’ assistance at natural catastrophes, civil conflicts, refugee camps, first aid at large public events, hospices and clinics in all of the world’s continents. ‘We are there – in 120 countries – to help the poor, the sick, the lonely, the victims of devastation,’ he said, ‘caring for those in need, whoever they are and wherever they come from. Our mission is almost a thousand years old.’

Earlier in the day, the Grand Master had met with members of
the Companions of the Order of Malta in Oxford, who gave an overview of the works they have established there since startup in 2011. Programmes include the recently launched ‘shower project’ to which the homeless can come for a shower, toiletries, and clean clothes, as well as food, drinks, newspapers and company.

The Companions also have three soup and sandwich runs to the homeless each week, serving around 70 a week and organise visits to the elderly in the local area. For more information: www.orderofmalta.org.uk/companions