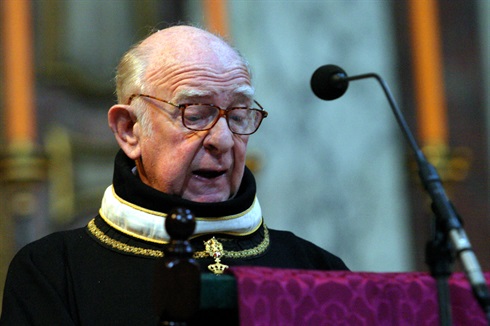 Prince Rupert LoewensteinThe death has occurred in London of the distinguished former President of the British Association, Prince Rupert Lowenstein, Bailiff Grand Cross of Honour and Devotion, after a long illness borne bravely.

Prince Rupert zu Loewenstein, Count von Loewenstein-Scharffeneck, born in Spain, brought up in England, educated at St.Christopher’s Letchworth and Oxford, was a former banker and financial adviser. His clients, who famously included the Rolling Stones, greatly appreciated his exceptional financial acumen, his sharp intelligence and wise advice, as well as his joie de vivre. He was firm in his opinions, firm in his beliefs, perspicacious, demanding, and never a man to take things quietly. But he was also generous to the church, generous in his hospitality to his friends, and a man of humanity and humour.

In his time as President of the Association he brought his own brand of vitality and creativity to the role and the Association flourished under his leadership. During those memorable years, 2001-2007, he organised fundraising events, encouraged the Order in its work for the Orders of St John Homes Care Trust and tirelessly promoted the many activities in which members of the Order were involved around the country.