Balkans: heaviest rains and worst floods for over a century

Order of Malta teams give assistance and distribute basic necessities 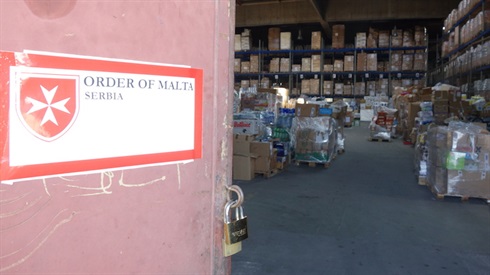 The Order of Malta’s Embassy in Belgrade has delivered an initial shipment of food aid to victims of the recent floods in Serbia, where over 50 have died, thousands have been displaced, whole communities cut off, houses buried, and damages estimated at one billion euro.

A second consignment of 17 tons of foodstuffs, clothing and personal hygiene products will be distributed to the stricken population thanks to a generous contribution from a well-known Italian supermarket chain.

In May, the Order’s Embassies in Belgrade and Sarajevo, together with its worldwide relief agency, Malteser International, moved quickly to provide assistance and basic necessities after the devastating floods in both Serbia and Bosnia and Herzegovina. The Order’s Hungarian Relief Organisation sent a team to coordinate aid, and launched a fund-raising campaign for the homeless.