Order of Malta relief agency, Malteser International, reports from the ground in Erbil 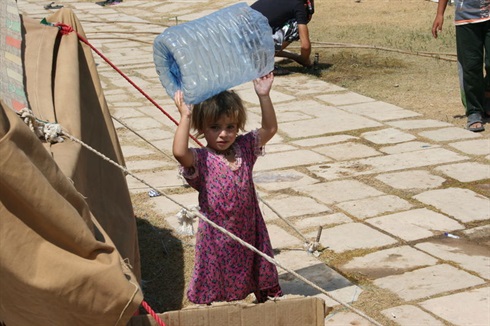 ‘A massive stream of refugees has fled across the border into Syria and back again into the Kurdish region near Dohuk,’ reports Oliver Hochedez, leader of Malteser International’s response team in Erbil. ‘Extremely high temperatures – up to 45 degrees – and a very limited water supply are causing severe health threats to the IDPs – heat stroke, dehydration, diarrhoea, skin infections.’

Twenty-four improvised camps have been set up, mainly in schools
or church grounds. ‘Help from neighbours and countless volunteers have prevented disaster,’ says Hochedez. ‘But these resources will be exhausted pretty soon. It’s a massive undertaking to provide everything the thousands of displaced need to survive. And thousands more are still unreachable.’ 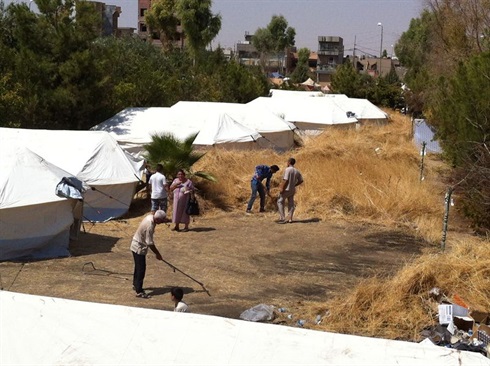 The number of displaced in Iraq continues to rise rapidly.
In less than a week, over 200,000 people in north Iraq – most of them Christians – were driven to flee from the terrorist group Islamic State.

Malteser International is organising distribution of medicines, drinking water and hygiene items with its partners on the ground.

The response team will continue to assess the needs on the ground and prepare additional relief. 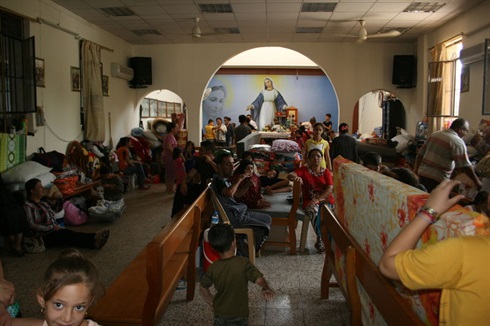 Iraq: refugees bed down in a church in Erbil

Malteser International is the humanitarian relief agency of the Sovereign Order of Malta. With over 100 projects annually in some 25 countries in Africa, Asia and the Americas, Malteser International has been standing by those affected by poverty, disease, conflict and disaster, helping them lead a healthy life with dignity – without distinction of religion, race or political persuasion. Christian values and the humanitarian principles build the foundation of its work. For more information:
www.malteser-international.org and www.orderofmalta.int