The Order of Malta launches preventive measures in Liberia and Guinea 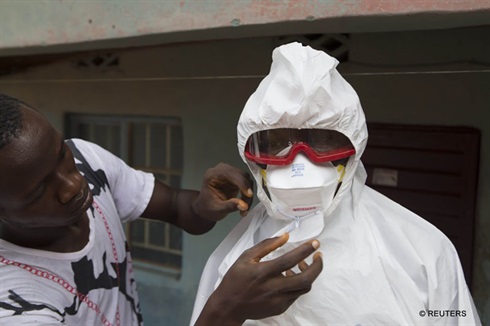 Ebola – wearing protective gear when dealing with patientsAs the worst Ebola outbreak since the discovery of the virus continues to run rampant in West Africa, the Order of Malta, through its relief agency, Malteser International, has added its the efforts to the fight against the spreading epidemic.

Marie Benner, Malteser International’s public health expert reports: “Although the international community has stepped up its efforts, the crisis continues to be overwhelming.”

Together with the Ordre de Malte France (OMF), awareness and prevention campaigns are being funded in Guinea, one of the countries most affected by the crisis.

“Preventive measures are key to control the outbreak and to keep it from spreading to neighbouring regions,” Benner says. “All communities must be informed and take measures to protect themselves.”

A problem of global reach

The World Health Organization (WHO) describes the epidemic of Ebola hemorrhagic fever as a “public health emergency of global reach”. More than 3,300 people in West Africa have died – in Liberia, Sierra Leone and Guinea. Over 7,000 cases have been confirmed, and WHO warns that if the international community does not intensify its efforts, tens of thousands more could be infected within the next few months.

There is currently no vaccine to protect people against Ebola. The virus is transmitted by direct contact with blood, secretions, body fluids or organs. After an incubation period of 2-21 days, the patient starts displaying the first symptoms of high fever, body aches, joint pain, vomiting, diarrhoea, or haemorrhaging. The average fatality rate is currently around 50%.