But the nightmare continues 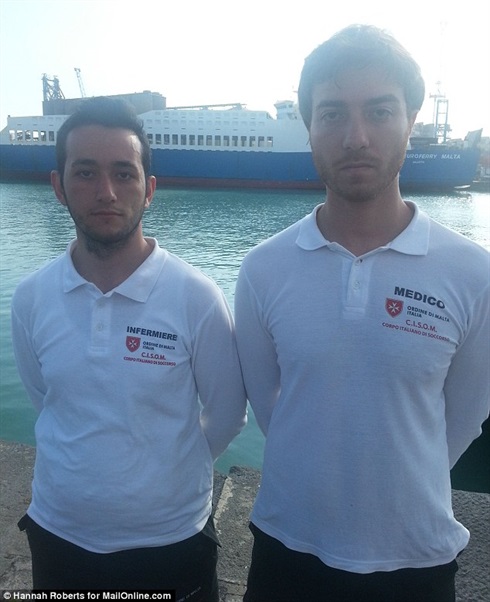 Doctor Giuseppe Pomilla of the Order of Malta’s Italian Emergency Corps (CISOM) described the three hours he searched for the living among hundreds of dead floating corpses on Sunday night: ‘It was like a nightmare. It was a cemetery. There were bodies everywhere you looked.

‘At first it seemed there was no one alive. It was 1am and the sea was black. With my torch I could see only two or three metres ahead of the dinghy. But it was easy to see if people were dead because when you die of asphyxia your eyes go red.

‘Everywhere was these red eyes, all young men. Most were in T-shirts and normal clothes but some were naked. Maybe the current washed their clothes away.’

Nurse Enrico Vitiello, part of the Order of Malta emergency team, cared for those who survived this nightmare.

The Order of Malta has been working with the Italian Coastguard since 2008, giving medical aid to the stream of boat people. That stream has now become a torrent.