Nepal: Order of Malta field hospital is set up in Sindhupalchok, near epicentre of second earthquake

Threat of the spread of disease among the survivors 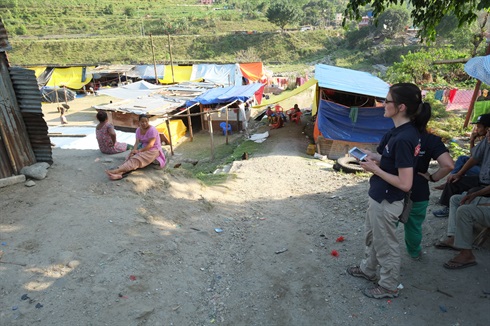 Thousands are in temporary shelters in the area, there is imminent danger of possible landslides and the threat of spread of disease among the survivors in these perilous conditions.

“There’s a smell of decay. And we expect more victims will be found under the rubble,” says leader of Malteser International’s medical team, Dr Marie Brenner, on the ground with assistants and volunteers after the second earthquake on 12 May. The organisation, the Order of Malta’s worldwide relief service, has established the project with the University Hospital in Dhulikel.

Nothing more to lose

Damage, to life, property and infrastructures is now spread wide, including over mountain villages, many inaccessible by road. A severely injured man, hit by falling masonry during the first earthquake, had been rushed to hospital two hours away. But when the second earthquake hit, his wife declared they had nothing more to lose: “Our home has already been destroyed.” 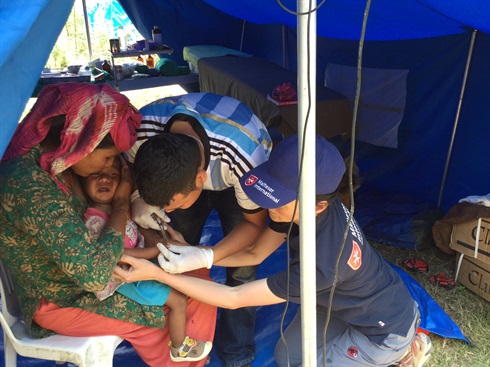 Where the hospital is sited

The field hospital is located near Lamosanghu, 130 km north east of Kathmandu and 40 km from the Chinese border. Malteser International will organise and supply the medical station so that diagnosis and treatment, as well as small surgeries can be performed.
Malteser International is also distributing food and hygiene kits to the population of 12 villages in the region – aid for around 10,000 people.

The Briitish Association of the Order has set up a special Just Giving page: www.justgiving.com/basmom-4-nepal
Alternatively, if you prefer to send a cheque, please make it payable to ‘BASMOM FAS’ and send to:
BASMOM, 58 Grove End Road, LONDON NW8 9NE. Please mark the envelope ‘NEPAL’

Aid is sorely needed for the stricken victims. Your generous support has already reached $40,000.