Remembering a historic victory: the Great Siege of Malta

Members from around the world join in moving celebrations 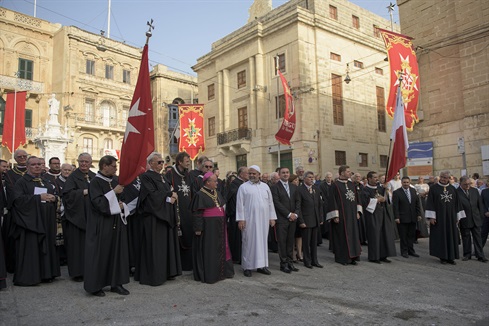 Interreligious ceremony honours the fallen of the Great Siege of 1565

In September 1565, the head of the Order of Malta, Jean de La Vallette, achieved victory after months of siege and bloody battles. His knights saw off the vastly larger army of the Ottoman, gaining control of the island for the knights for the next three centuries. La Vallette was by then an old man but still a courageous leader. Every day of the siege he went to pray at the church of St.Lawrence in Birgu, the former conventual church of the Order of St John.

Thus 450 years later, in marking the historic event, some hundreds of today’s knights and dames of the Sovereign Order of Malta, including many members of the Order’s Sovereign Council, gathered in that same church – St Lawrence’s Church, Birgu – to honour the victory and the man who has given his name to the Republic of Malta’s capital. The inter-religious service prayed for peace and for those on both sides who died during the Great Siege. A procession followed to Victory Square, where the Grand Commander, Fra’ Ludwig Hoffman, and Imam Mohammed El Sadi, laid wreaths before the Memorial to the fallen. 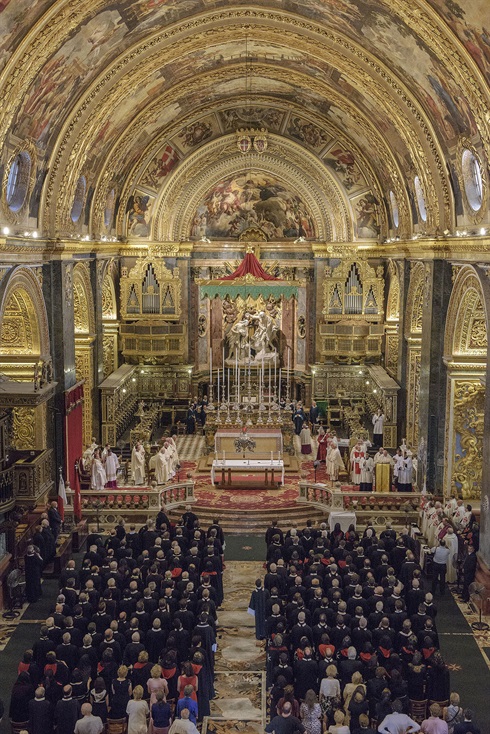 Victory celebrations, St John’s Co-Cathedral, Valletta, MaltaThe President of the Republic of Malta, Marie Louise Coleiro Preca, and Mr Preca hosted a gala dinner at Verdala Palace to commemorate the 450th Anniversary and to underline the cordial relations between the Republic and the Sovereign Order – sentiments echoed the next day by Prime Minister Joseph Muscat, who thanked the Order for its help in assisting the boat people, so recently arrived on Maltese shores. The Grand Chancellor of the Order, Albrecht Boeselager, in his speech of thanks, highlighted the importance of peace, tolerance and reaching out to society’s less fortunate.

A High Mass in the Co-Cathedral of St John on 8 September concluded three days of celebrations to mark a momentous time in the history of the island. The commemoration of this very significant battle, both for Malta and the Sovereign Order, was an opportunity to support dialogue between the different cultures and religions and to promote peace and understanding.