What happens at sea when you are cold, tired, have no water or food and cannot swim 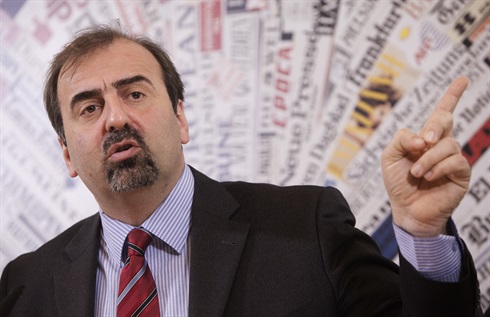 ‘We think of the sea as beautiful. But now so often it is an instrument of death,’ the director of the Order of Malta’s Italian Emergency Service* (CISOM), Mauro Casignini, told a press conference in Rome today. ‘What we know is that traffickers are waiting on the Libyan coasts. Desperate migrants give them a slip of paper. It says they’ve paid their passage to Lampedusa. That’s where the trafficker’s deal ends. He doesn’t care what happens next.’

What happens next is that boats are loaded – often overloaded – with migrants. In the bottom of the boats, in the middle, are stored petrol containers. The journey is overnight. Ringed around the containers are the women and children. The men sit on the outside. As the voyage progresses, those nearest the containers ingest the petrol fumes. The results can be serious skin burns, the vapours can cause asphyxiation. The effects are worse for children and can be fatal. In addition, the migrants arrive at the boats wearing light clothing. They do not know that the sea at night is very cold. They have no food and no water. They cannot swim. Those who survive the 180 k from Libya to Italian waters may be shipwrecked. 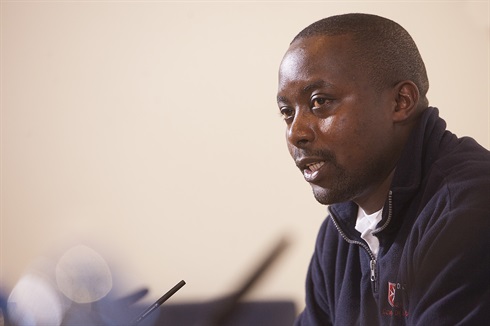 For the rescuers, it’s a race against time

The sea can change its mood in minutes, the boats can founder on unseen rocks. It takes only five minutes for a craft to sink. Those thrown clear into the freezing waters may or may not have life jackets. ‘We have about seven minutes to rescue them,’ says Dr Giada Bellanca, one of CISOM’s 2800 medical volunteers. ‘It’s easier if they don’t have lifejackets as those are mostly not real ones and they hinder us when trying to pull survivors from the water.’ Nurse Jean de dieu Bihizi adds: ‘Often these people haven’t eaten for days. They are not strong enough to undertake such a journey. Many suffer from hypothermia. Many die. This week, two small children we treated had temperatures at 30 degrees. No signs of life. We put them in warm water and gradually they recovered. It is always a race against time.’ 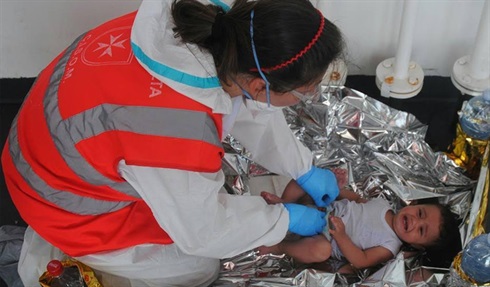 Aid extended to the Aegean

CISOM has extended its aid to the Aegean Sea, (Aegean SAR Operation), working on board a Migrant Offshore Aid Station** (MOAS) ship, in close cooperation with the Greek Coastguards and local authorities. This is a shorter distance but no safer than the Strait of Sicily. The teams on board the Responder vessel – equipped for rescue at sea – have been operative since Christmas Eve. Last Monday morning they saved the lives of 59 migrants, including 6 children, off the coast of the island of Lesbos.

* Since 2008, the Order of Malta’s Italian Relief Corps has been providing medical aid on board the Italian Coastguard and Customs Officers vessels and, since the Mare Nostrum mission with the Italian Navy, guaranteeing prompt and effective interventions in the Strait of Sicily. During these seven years, its doctors and nurses have developed specific skills for providing aid at sea, even in extreme weather conditions. The Order of Malta’s teams have assisted over 40,000 refugees and migrants.

**The Migrant Offshore Aid Station (MOAS) is a humanitarian organisation specialised in search and rescue at sea for refugees and migrants, started by entrepreneurs Christopher and Regina Catrambone. Since its first operation in 2014, MOAS has rescued 11,685 people in the central Mediterranean. The organisation has operated on board the Phoenix, a 40-metre boat equipped with two rubber dinghies, two Schiebel camcopter drones and a team of professional rescuers, doctors and paramedics. Since December 2015, MOAS has been operating in the Aegean Sea on board the Responder, a second ship, 51-meters, with two high-speed rescue vessels on board.