Letter of condolence from the Grand Master to Philip, King of the Belgians 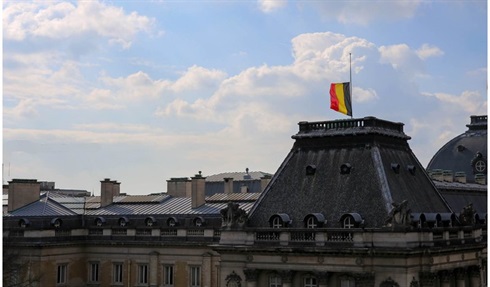 The Belgian flag flies at half mast

In his letter of condolence to King Philip of Belgium, the Grand Master of the Sovereign Order of Malta Fra’Matthew Festing has expressed his profound sorrow and deepest sympathy for the events in Brussels which have caused many deaths and injuries.

‘In this time of great darkness and drama, in the name of the Government of the Sovereign Order of Malta, I want to express my profound sympathy to the whole of the nation of Belgium. The attacks of yesterday are an attack on our shared principles of freedom and peace,’ he said, emphasising that the Order of Malta is opposed to every form of violence. ‘We are truly shocked at the massacre of innocent people once again, which, after Paris, Istanbul and Ankara, strikes at the heart of Europe.’