Leader’s honour for service in the charitable field

Grand Master invested by the League of Mercy 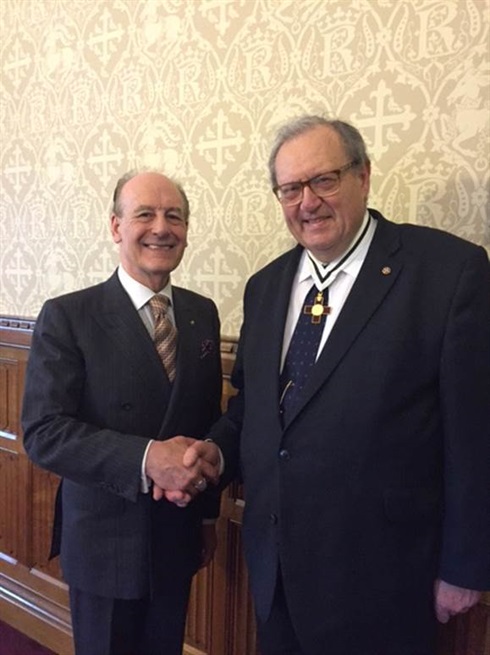 Lord Lingfield praised the work of the Grand Master and the Order in carrying out its mission to serve the poor and the sick in 120 countries. Over 100,000 members, medical and social care personnel and volunteers worldwide work to help those in need. In thanking Lord Lingfield, the Grand Master spoke in particular of the traumatic situation in the Middle East and its impact on Europe, and the Order’s work to help refugees and internally displaced persons (IDPs). The Sovereign Military Order of Malta was founded in Jerusalem in the 11th century and is the oldest Christian charity.

The League of Mercy was established by Royal Charter on 30th March 1899. It rewards distinguished voluntary service in the charitable field.

Other distinguished recipients of the Grand Cross include HRH Princess Michael of Kent, HRH Prince David of Georgia, the Rt Hon the Baroness Boothroyd OM and Dame Norma Major DBE.