In search of Order of Malta commanderies in England

Grand Prior of England leads an historic visit 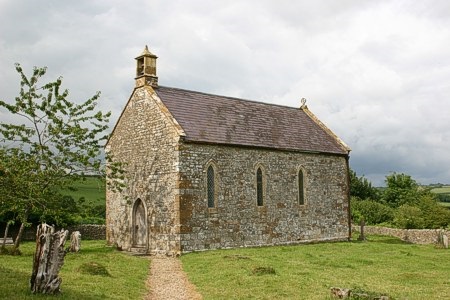 The special visit, led by the Grand Prior of England, Fra’Ian Scott, took in two commanderies* that had once belonged to the Order of Malta, up to the time of the Dissolution in 1540.

The commandery at Ansty

Ansty is a beautifully situated Commandery, now a private house, next to the parish church of St James. After the Reformation, the house and church, although Anglican, had belonged for several centuries to the local recusant family, the Arundells of Wardour.

The Commandery consisted of a small group of knights and clerics, under a “Commander”, who ministered to pilgrims on their way to the Abbey of Shaftesbury or to more distant destinations. The church was built by the Order’s Hospitallers** in around 1240. The porch was added in Victorian times, and the distinctive Hospitaller crosses on the gables were restored then, too.

The commandery at Toller Fratrum

Members of the Grand Priory at Toller Fratrum

The visit continued to the hamlet of Toller Fratrum in Dorset. The manor there was given to the Hospitallers (“fratrum” ie, of the brothers) in the 12th century. There may have been a nunnery attached. In 1540 it was purchased by one John Samways. The site of the manor is probably that of Little Toller Farm, which has a surviving medieval carving of a poor man being given a loaf of bread, reflecting the hospitality which was one of the duties of the Commanderies. The little rustic church of St Basil (there are only three dedications in England to that saint) survives. It was heavily restored in the 19th century. It closed for regular Anglican worship in 2010 and is now owned by a trust. It possesses two fittings of note – the Norman font with its remarkable carvings of humans and beasts and a fragment of a stone relief of 1130 of St Mary Magdalene washing the feet of Christ. It has been submitted that the style and date of this stone suggests a link to Order’s important property at Buckland.

Mass was celebrated in the church for the first time since 1540, before a large congregation of Anglicans and Catholics from the neighbourhood. Fr Ronald Creighton-Jobe of the London Oratory delivered the homily.

*A commandery was a district under the control of a commander of a military order or an order of knights. The Order of Malta established a number of commanderies in European countries in medieval times which continued their tradition of providing aid to those in need.

**Hospitallers of the Order of Malta tended the sick and the poor, as they still do today.