Malteser International in action in Kenya and South Sudan 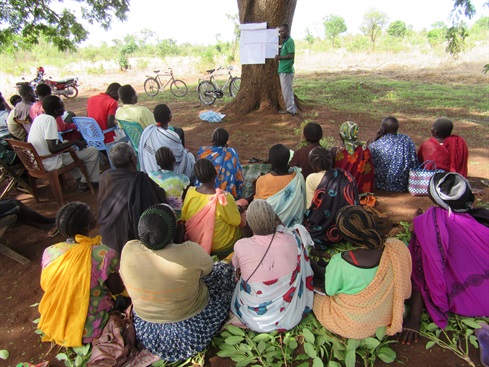 The Order of Malta launches an appeal to support victims of famine and malnutrition in South Sudan and Kenya.

In the South Sudanese capital Juba, Malteser International, the international aid service of the Order of Malta, is providing 2,000 children with a warm meal each school day. 3,000 children in the city of Wau will also receive school meals in the immediate future.
Hostilities in the country make conditions for agriculture increasingly difficult, and cause the price of basic foodstuffs to increase wildly. Malteser International is helping local people with the cultivation of vegetables and cereals. So that displaced people in Wau have access to clean drinking water, Malteser International has sunk eighteen boreholes to supply camps in the area, where around 45,000 displaced people are living in very close quarters
Conditions for the 2.7 million people in northern Kenya also continue to worsen, with no rain for months in many areas. The situation in Marsabit is especially dire: over half of the county’s children are undernourished. People in the area depend almost exclusively on cattle husbandry, and eighty percent of their livestock is already dead – so they have no means to buy food nor to feed themselves from their animals. The local health station supported by Malteser International is currently distributing food supplements to undernourished children, as well as beans and cornmeal to feed 2,500 families.

The United Nations has reported that starvation threatens more than a million children in Somalia, Nigeria, Yemen, and South Sudan. Conditions in other countries Africa are also worsening – with growing hunger caused by months of drought leaving children amongst the most badly affected.

How you can help: Your donation will aid Malteser International’s work to combat famine and malnutrition in South Sudan and Kenya: www.justgiving.com/4sudan