Election of new head of the Order of Malta

The Council Complete of State (the electors) meets April 29 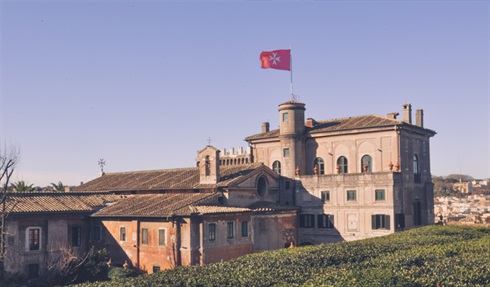 The Council Complete of State, the body responsible for electing the Grand Master or Lieutenant of the Grand Master (with the same powers as the Grand Master, but in office for a year), will take place on 29 April in the Magistral Villa – the extraterritorial headquarters of the Order of Malta in Rome. There will be 56 electors.

Who votes From the Order’s government:

How the voting process works

– The vote requires a majority plus one.
– Three candidates may be proposed (by the members of the First Class, ie Professed knights).

If a candidate is not elected from this list within the first three ballots, all voting members have freedom of choice in successive ballots.

If no candidate is elected after five ballots: then a Lieutenant or Grand Master may be elected (again, with a majority plus one), for a maximum of one year. He must then reconvene the Council Complete of State.

Who is eligible to be elected

The Grand Master is elected for life by the Council Complete of State from among the Professed Knights with at least ten years in perpetual vows if they are younger than fifty years of age; in the case of Professed Knights who are older, but who have been members of the Order for at least ten years, three years in perpetual vows are sufficient. At the moment, there are 12 eligible candidates. The requisites for the Lieutenant of the Grand Master are the same as those for Grand Master.

The Professed Knights taking part in the Council Complete of State can propose three candidates within the first day of the Council, the so-called ‘terna’. Following this decision, the voting election procedure begins. To elect a Grand Master, a majority plus one is required.

To elect a Lieutenant of the Grand Master: a majority is required.
If the ‘terna’ is presented and a candidate is not elected from the ‘terna’ in the first three ballots, all voting members can choose in successive ballots amongst the 12 eligible Professed Knights.

The candidate elected to the office of Grand Master or Lieutenant of the Grand Master, having been notified of his election, must acknowledge his acceptance or refusal of the office immediately. Shortly thereafter, the election is communicated by letter to the Pope by the elected candidate.

If the process on 29 April results in a candidate being elected, the next morning, the elected Grand Master or Lieutenant of the Grand Master will take his oath in a solemn session of the Council Complete of State, in the presence of the Pope’s Special Delegate, Archbishop Giovanni Angelo Becciu. Mass will then be celebrated in the Order’s church, Santa Maria in Aventino.

……………………..
*A Professed knight is a member of the Order who has taken the three monastic vows of poverty, chastity and obedience. He lives his normal professional life, however, which is why the Order of Malta is called a ‘lay religious order’.