The drama of children who are victims of armed conflicts 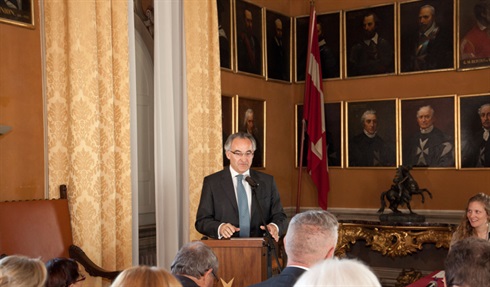 Around the world, armed conflicts have displaced 28 million children. They have fled violence and insecurity at home* but are then exposed to every form of violence, abuse and exploitation. To discuss these pressing issues, a Child Victims of Armed Conflict conference, organised by the Sovereign Order and the Czech Republic, took place in the Magistral Villa of the Order of Malta on the Aventine.

Veronika Rymonova, survivor of the massacre perpetrated by the Nazis in her village of Lidice in the Czech Republic, told of the day in June 1942 when 300 villagers, including 90 children, were killed. She called for greater awareness of the massacre of innocents in conflict situations to prevent such acts happening in the future. 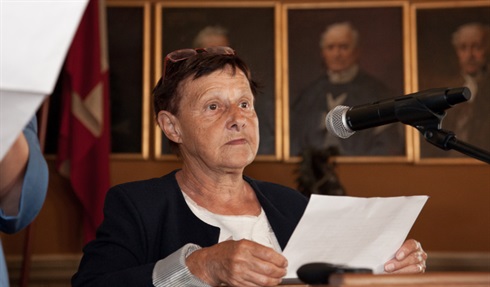 Participating in the conference, which was opened by the Grand Hospitaller of the Order, Dominique de la Rochefoucauld-Montbel, were representatives from the Holy See, the European Union, the Council of Europe and UNICEF, as well as representatives of the Czech Republic’s government and various ambassadors.

The Order of Malta in assistance for child victims of conflict

The Order of Malta, present in 120 countries, carries out numerous activities to help children who are victims of conflict:
-In Europe, and especially in Germany, the Order of Malta looks after unaccompanied migrant children. For 27 years it has been running migrant and refugee reception centres – its facilities today provide 20,000 beds, where minors receive psychological support, healthcare and access to education.

-In Bethlehem, in the Middle East, it manages the Holy Family Hospital where 3,500 babies are born every year. This is the only health facility for mothers and children in the entire area, where the Israeli-Palestine conflict has forced poverty and hardship on the local population.

-In Iraq and Turkey, the medical teams of Malteser International – the Order of Malta’s International Relief Agency – assist children displaced by the war in Syria.