Saving lives in the southern Mediterranean 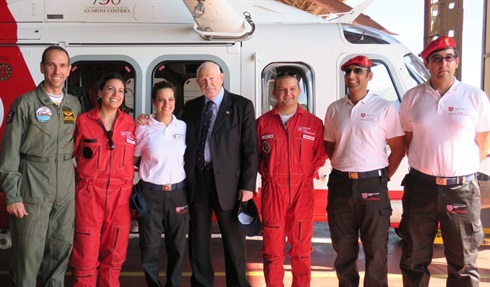 The impact of recent agreements between Italy and the Libyan authorities

On meeting with the mayor of Lampedusa, Salvatore Martello, discussions focussed on focussed on the island’s situation following the recent agreements between Italy and the Libyan authorities with the expansion of Libyan coast-guard capabilities. As a result, it was noted that the number of arrivals has fallen. Fra’ Giacomo also visited the port of Catania, where he inspected the Coastguard vessel L. Dattilo which serves in the southern Mediterranean. Here he congratulated the Order of Malta’s doctor and nurse operating on board, and met the Order of Malta’s Italian Relief Corps operating on board the Coastguard helicopters for search and rescue at sea.