The Order’s volunteers across France collect for World Leprosy Day 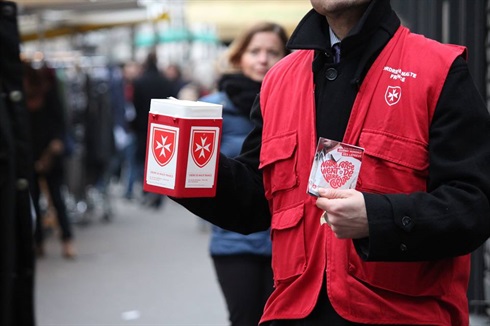 France: Collecting for World Leprosy DayOn a wintry January Sunday in France, 160 volunteers set out to collect for the Order’s Leprosy Appeal in the country’s main cities.

28 January, World Leprosy Day – this is the 65th – brings awareness that every year thousands of new cases of leprosy are diagnosed. In 2016, there were 216,108 and 9 out of every 100 were children*. Early detection and multidrug treatment means cure.

Ordre de Malte France supports research into Hansen’s disease (the MALTALEP scientific project), and leprosy clinics in Africa (Benin, Cameron, Guinea Conakry, Madagascar, Mozambique and Senegal) and Asia (Cambodia, Laos and Vietnam) and collects for the cause on this day every year. In 2017, the volunteers collected 650,000 euro.