Syria seven years on: no respite, no peace 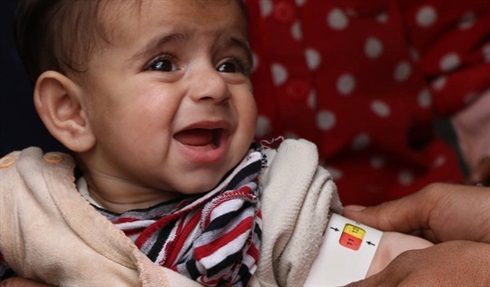 Syria under attack: a tiny victim

‘Syrian aid workers who have been risking their lives for the past seven years as doctors, nurses and midwives, are now in a state of total exhaustion,’ Janine Lietmeyer, Country Group Manager for Syria and Lebanon at Malteser International. ‘For humanitarian aid actors, the core mission is to bring help to millions of civilians who have been dependent on aid since the start of the war.’

The Syrian civil war has been described as the conflict with the largest flow of refugees, the most intensive bombardments of civil institutions, the most brutal war crimes, and the highest number of failed UN resolutions.*

Malteser International has been active in Syria since 2013, providing medical care and life-saving aid for displaced persons, in partnership with Syrian local organisations. Malteser International’s work in the country includes support for three basic healthcare facilities, a mobile clinic, and a maternity and paediatric clinic. Funded by the German Foreign Office, the organisation now plans to expand its aid in western Aleppo and Idlib. Around 440,000 people will receive hygiene packages and household items in the coming weeks.