Guatemala volcano: Order of Malta first aiders at the scene 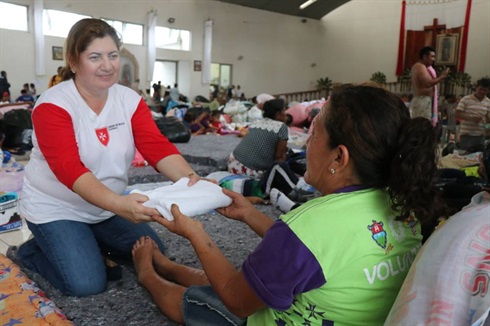 Guatemala volcano – aid for victim in Order of Malta temporary shelterThe two eruptions of the Fuego volcano on 3 June sent searingly hot clouds of volcanic ash and gases into the air, and created pyroclastic flows – a deadly combination, resulting in the deaths of over 100, hundreds of injured or missing, thousands evacuated.

The Order of Malta’s Guatemalan Association intervened immediately and is assisting over 500 displaced persons. 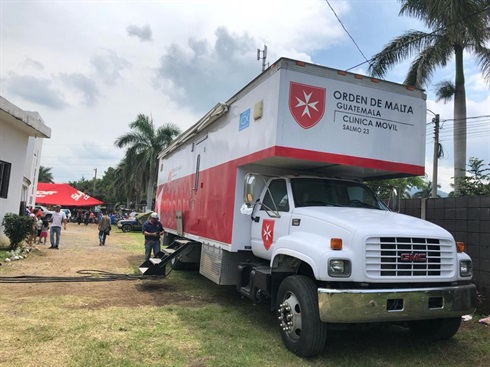 In the diocese of Escuintla, the area most affected, the Order of Malta is now managing three of the 33 temporary shelters. Two of the Order’s mobile clinics are providing medical treatment and psychological support to those who have lost family members and homes; and essential supplies of food and hygiene kits have been distributed.

It is estimated that the displaced will be in the temporary structures for nine to twelve months.

Malteser International, the Order of Malta’s global relief agency, is also providing emergency aid to victims and has started to raise funds.

In a letter to the President of Guatemala, Jimmy Morales, and to the Order’s Guatemalan Association, the Grand Master of the Order of Malta, Fra’ Giacomo Dalla Torre, has sent his deepest sympathy to the victims and the country.