629 saved after five days at sea 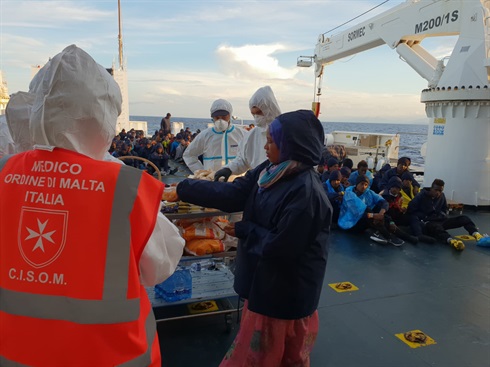 Valencia – Order of Malta volunteers give aid on board ship for migrantsEmbarking at Pozzallo, Sicily, on Dattilo, the Italian Coast Guard vessel, as part of SOS Mediterranee search and sea rescue operations, Order of Malta medical volunteers accompanied the 274 migrants who were transferred from Aquarius to Dattilo, which eventually reached safe harbour in the port of Valencia. Almost a quarter were unaccompanied minors, braving the perilous journey in search of a life free from poverty. Dr Maria Rita Agliozzo, from the Order’s Italian Relief Corps (CISOM): ‘I saw the spark of hope in their eyes.’ 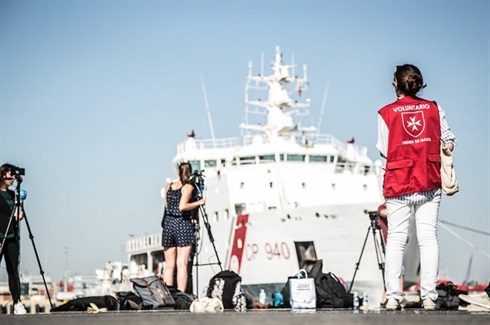 Since 2008, the Order of Malta’s medical teams have been providing healthcare both on board Italian naval vessels and on the island of Lampedusa, from where the patrol boats leave to reach the targets signalled by IMRCC (Italian Maritime Rescue Coordination Centre) of the Rome Coast Guard.

Through its national Associations and relief corps, the Order of Malta is running many programmes for the reception and integration of migrants and refugees in Europe. In Spain, Italy and in other European countries, volunteers distribute food and basic necessities. In France, the Order gives legal assistance to migrants detained in prison and in Germany over 100 specialised centres offer psychological and social support.