Fra’Giacomo Dalla Torre will be sworn in tomorrow 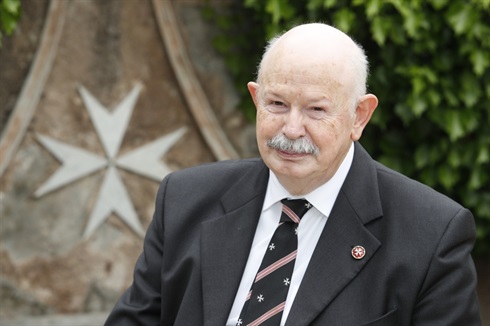 Fra’ Giacomo Dalla Torre del Tempio di Sanguinetto has been elected the 80th Grand Master of the Sovereign Order of Malta. The electing body, the Council Complete of State, met in the Magistral Villa, one of the Order of Malta’s two institutional seats, in Rome.

Elected head of the Order of Malta on 29 April 2017, Fra’ Giacomo Dalla Torre is now elected for life as Grand Master.

Pope Francis has been informed by letter of the election result. All the Order of Malta’s Grand Priories, Subpriories and National Associations around the world have been informed, as well as its diplomatic missions and those of the 107 countries with which the Order maintains diplomatic relations.
The newly elected Grand Master will swear his oath before the Pope’s Special Delegate to the Sovereign Order of Malta, Archbishop Angelo Becciu, and the members of the Council Complete of State tomorrow morning in the Church of Santa Maria in Aventino.